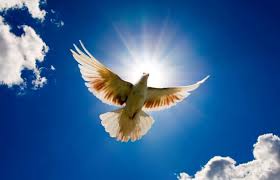 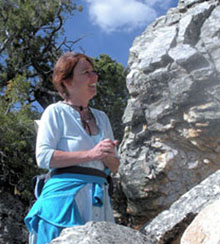 A Call to Universal Love

Healing with the Ancestors

Healing with the Faeries

Healing the Connection between Body and Soul with the Flower Devas

2019 Carriers of the Cup Archives

2018 Only Carriers of the Cup Archives

Song of the Unicorn - From the Conclave of the Faerie Godmothers

In the Fold of Her Garment (Our Lady Guadalupe)

I was born in Dublin in 1955. I graduated from U.C.D with a B.A. in 1973, then spent a year in Bristol, England as a social worker in a Jamaican community for one year, before returning to Dublin and completing an M.A. The M.A. was in Metaphysics, Ethics, and the Psychology of Soul. Shortly after that I began study in the Raja Yoga system, being introduced to the concepts of Reincarnation and the deep beauty of Eastern Thought. This was the beginning of the use of meditation as a daily practice, which has been the back bone of my journey through the years. In my early twenties I cycled through Europe, visiting many countries and awakening to the diversity of cultures and languages. Arriving in Greece I felt a deep, deep sense of home coming and decided to live on the island of Samos for two years. During this time past life recall began to open up and I had remembrances of being part of the Pythagorean Mystery Schools.The eighties brought me to the alpine town of Garmisch Partenkirchen, where I worked with young American children at the infant and pre-school ages. This period was also the time of meeting my American husband, Daniel. Together we began an intensive course in Esoteric Metaphysics. This study was to continue for twenty years and eventually lead us to Colorado. However, in 1988 we returned to Galway, Ireland where our son was born and during that time Daniel bloomed as a artist and sold many of his paintings through the Tom Kenny gallery in Galway town. It was also in Galway that I qualified as a Reflexologist, with what was then the Irish Institute of Health and Healing and continues as The Galway Institute of Wellbeing.

The nineties brought us to Colorado to pursue our study of metaphysics. During this time I became a teacher and a minister. It was in 1999 that the organized study came to an end and the real awakening to the multi-dimensional aspects of life began to open out. Surrounded by the incredible beauty and peace of the Rocky Mountains I spent many, many hours in meditation with nature and the inner realms of the natural kingdoms began to open out to me. Out of these meditations the work of Celtic Fire and Faerie was birthed.

During these years other qualifications fell into the bag, including becoming an MBTI Consultant for the Jungian personality types and a course with Nelson Bach on the Bach Flower remedies. All of this study was preparatory for the work which has blossomed as Celtic Fire and Faerie which is now well established, with on-going workshops and private consultations. In 2005 Celtic Fire and Faerie conducted its first sacred journey to Ireland. This trip has brought the work to a whole new level and working with the Land of Ireland will be a continuing focus. Please visit the other sections of the website for more information. 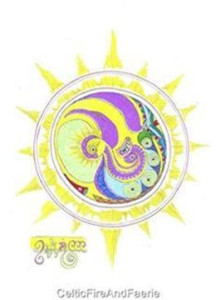 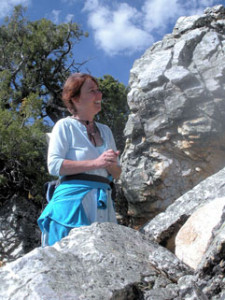